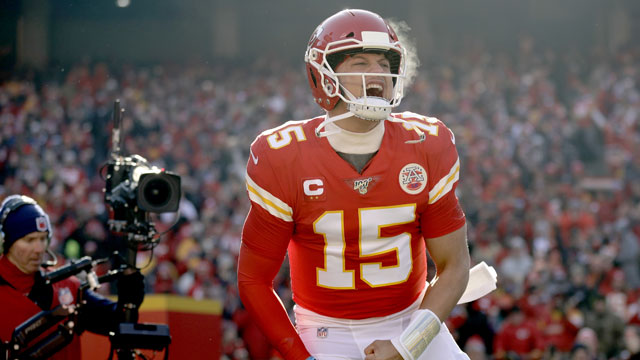 The Kansas City Chiefs are a small favorite over the San Francisco 49ers in Super Bowl LIV.

The consensus opening line at sportsbooks around the nation was pick ’em. The point spread had grown to Kansas City -1 late Sunday night at most shops.

According to ESPN Stats & Information’s line archive, no Super Bowl has ever closed with a point spread of pick ’em. Four Super Bowls have had a line of less than two. This year’s Super Bowl appears destined to be the fifth.

Caesars Sportsbook opened the Chiefs at -1.5 on Sunday and took early bets on the 49ers.

“We had the Chiefs a little higher than the 49ers in our power ratings,” Alan Berg, senior oddsmaker for Caesars Sportsbook, told ESPN on Sunday night. “You can make a case for either team, and I expect decent, balanced action from the public.”

Missouri could pass a bill legalizing sports betting this year.

“Sports gambling is pretty straightforward; you let the casinos build the books, you start taking bets, you start generating tax revenue, and then you’re bringing something to the white market which is already rampant on the black market,” Rogers said.

It doesn’t look like mobile or online betting will be legal in New York anytime soon.

Cuomo on Tuesday released his 2020-21 budget proposal that doesn’t include mobile or online sports betting. His plan would allow casinos to accept bets outside of the designated sports wagering lounge, but there wouldn’t be a mobile or online component.

The regulations approved last year by the state Gaming Commission require casinos to only take wagers within the lounge area. Cuomo’s proposal would amend the provision to allow bets to be accepted anywhere on the casino floor.

Casinos and lawmakers hope Cuomo will warm to the idea of allowing mobile sports bets. He has been reluctant to support an expansion of sports wagering due to constitutional concerns.

State Sen. Joseph Addabbo, a Queens Democrat who chairs the Senate Committee on Racing, Gaming and Wagering, told The Citizen in an interview Wednesday that New York is losing revenue to neighboring states, such as New Jersey and Pennsylvania, that offer mobile sports betting.

If California were to legalize sports betting, it could be the largest market in the country.

“It is clear that we are quickly heading in the direction of a well-thought-out, legal sports betting framework here in California,” Gray said at a hearing earlier this month. “We need to create this framework to ensure regulatory oversight and provide consumer protections to get this long-standing and emerging activity out of the shadows of the illicit or black market.”