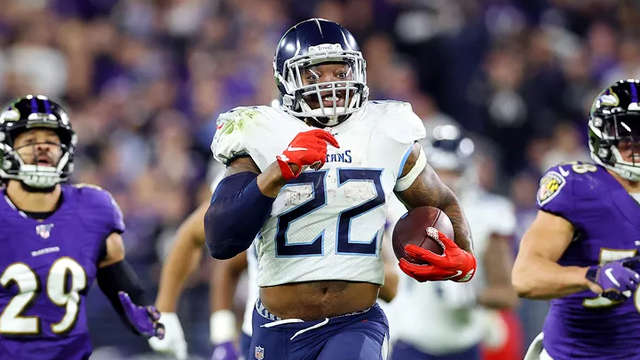 “It was our biggest football win of the season, a great result for us,” John Murray, executive director at the SuperBook at Westgate Las Vegas, told ESPN. “So many parlays to Baltimore money line and guys chasing the Ravens in-game. Under was big, too.”

The story was the same at several other sportsbooks, as the Titans’ victory knocked out many money-line parlays and teasers.

“It was a high six-figure win for us,” Alan Berg, senior oddsmaker at Caesars Entertainment, told ESPN. “A phenomenal result for the house. You name it, we made money off it: straight bets, teasers, parlays.”

Following the upset of the Ravens, the Kansas City Chiefs are once again favorites to win the Super Bowl this season.

The Chiefs are the favorites at 11-10 as of Monday morning at Caesars Sportsbook. The 49ers are next at 7-5, followed by the Tennessee Titans at 15-2 and Green Bay Packers at 17-2.

In mid-October, with quarterback Patrick Mahomes recovering from a knee injury, the Chiefs were second-tier Super Bowl contenders, behind the New England Patriots, New Orleans Saints, 49ers and Packers on the oddsboard at Caesars. Mahomes returned quickly and helped the Chiefs close out the regular season with six straight wins. Their last loss, however, was to the upstart Titans, their opponent in the AFC Championship Game.

LSU completed a perfect college football season by winning the national championship. Runner-up Clemson has opened as the favorite to win next year.

With quarterback Trevor Lawrence returning for his junior season and another stellar recruiting class on the way, Clemson has been installed as the consensus favorite to win next season’s College Football Playoff.

Clemson reached the playoff in each of the past five seasons, winning two national championships. Clemson lost to LSU 42-25 on Monday, though, snapping its 29-game winning streak and handing Lawrence his first collegiate loss.

Colorado saw more than 50 license applications for up to 33 total sports betting licenses it plans to distribute in the coming months.

The state has received more than 50 license applications since November, according to Dan Hartman, director of the Department of Revenue’s Gaming Enforcement Division. That includes 28 from existing casinos, 10 from operators looking to run retail sportsbooks and 13 from internet apps. The names of the applicants have not been disclosed.

The first licensees are expected to be approved in February, though they won’t be able to take bets until Colorado’s new sports gambling law goes into effect on May 1.

New Hampshire residents who are near the Maine border are reporting issues with their sports betting apps.

Users in areas close to the border have reported seeing a notification when opening the DraftKings app that it cannot verify a user’s location.

“The response I got was that it was a state-regulated issue,” said Bethany Hayes, of TJ’s Food and Spirits.

Hayes canvassed the area and said she found a spot to place bets two blocks away.

“In the summer, it’s not as big of a deal,” Hayes said. “But when it’s 15 degrees and it’s AFC Championship weekend, it’s a little inconvenient.”