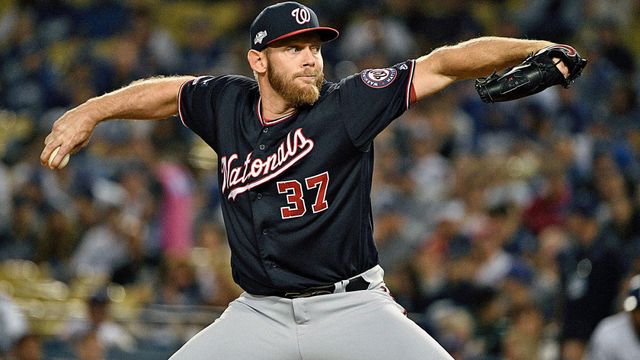 In February 2017, results of a Seton Hall Sports Poll revealed that only 46% of Americans believed betting on sports should be legalized. Some 32 months later, the latest version of the poll published Thursday reveals that 80% are in favor of sports betting legalization.

“Public acceptance of legalized betting in sports is moving at a rapid pace, likely tied to court approval,” said Rick Gentile, director of the poll, in a statement.

The Washington Nationals entered the NLCS as favorites over the St. Louis Cardinals.

The Nationals opened as -120 favorites over the Cardinals in the NLCS at Caesars Sportsbook.

Washington was considered a contender entering the season but got off to a disappointing start. The Nationals were 19-31 in late May and were listed as a 70-1 World Series long shot at that point at SugarHouse sportsbooks in New Jersey and Pennsylvania. They’re 7-2 now at SugarHouse.

Indiana took in more than $34 million in sports betting action during the first month of legal betting in the state.

In both states, not all casinos started accepting sports wagers on the first day available for betting, which means the handle almost certainly will be larger in future months.

Mobile sports wagering, which began Oct. 4 in Indiana through two companies — with several more set to come online in coming months — also is likely to pump up Indiana’s handle.

In Pennsylvania, for example, which launched mobile sports wagering in May, the August handle was $109 million, with $83.2 million, or 76%, coming through bets placed through mobile devices, as opposed to in-person bets made at the state’s casinos, according to the Pennsylvania Gaming Control Board.

Trustee Mike Berghoff said campus leaders weren’t comfortable with the idea that the campus community could now legally bet on student-athletes in their classrooms, in their residence halls and in their dining halls.

“We really wanted to get ahead of this,” Berghoff said.

The policy approved Friday morning came with instructions to Purdue legal and compliance staff to hash out the final guidelines, including how the policy would be enforced, the penalties and what it would mean for betting on March Madness pools and other more casual, social settings.

Steve Schultz, Purdue’s legal counsel, said that wouldn’t be ready in time for Saturday’s Homecoming football game against Maryland. But it should be ready, he said, by the football game the following week.

The Department of Justice accuses that a man attempted to fix college basketball games last year.

Benjamin Bifalco, 25, of Staten Island, New York, is accused of offering members of a college basketball team “thousands of dollars to intentionally lose the game,” according to a news release from the Eastern District of New York U.S. Attorney’s Office.

The school and players were not identified in the indictment.

Bifalco was caught on a wiretap discussing the scheme with Joseph Amato Jr., one of 20 defendants who were arrested Thursday and charged with crimes in a wide-ranging investigation targeting the Colombo crime family.

On a series of intercepted calls, Bifalco laid out his plans to fix the unidentified game and encouraged Amato Jr. to place thousands of dollars in bets on the game, according to the indictment. Amato sent two texts to defendant Thomas Scorcia before the targeted game: “Ok I wouldn’t trust the game I was telling u about” and “I’m not touching it personally,” the government filing stated.