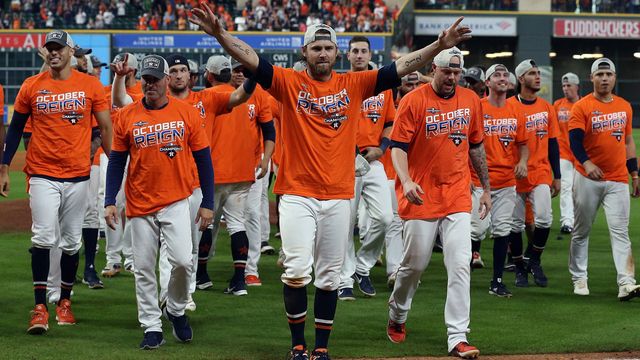 A Houston furniture store owner has bet millions of dollars on the Astros to win the World Series.

Jim “Mattress Mack” McIngvale, owner of Gallery Furniture in Houston, bet $3.5 million on the Houston Astros to win the World Series at the DraftKings sportsbook at Scarlet Pearl casino in Biloxi, Mississippi. At +220 odds, the wager would pay a net $7.7 million if the Astros win the World Series.

McIngvale wired the $3.5 million to the Scarlet Pearl on Monday and flew from Houston to Biloxi. He said Tuesday that the betting slip was in his pocket and joked that he’d probably keep it in his wallet, “which is secured by a bunch of rubber bands.”

On Thursday, McIngvale was in New Jersey to place another large wager on the Astros to win it all. He bet $1.5 million at the same +220 odds at the FanDuel Sportsbook at The Meadowlands. The wager would win $3.3 million and is believed to be the largest legal online wager in the state’s brief sports betting history.

McIngvale also recently placed a $200,000 World Series bet on the Astros +250 at the South Point in Las Vegas and has additional wagers for undisclosed amounts with Nevada bookmakers Caesars, MGM, Treasure Island and Circa Sports. He’s shopping around for more, too.

The Astros entered the postseason as consensus favorites.

The Astros are around +200 to win the World Series at sportsbooks around the nation. The Los Angeles Dodgers are not far behind at +250, followed by the New York Yankees at +400.

Caesars Sportsbook has the Dodgers as the favorites, and at DraftKings sportsbooks, the majority of which are located on the East Coast, more money has bet on Yankees to win the World Series than has been bet on any other team.

Someone hit Gulfstream’s Rainbow 6, the first time that the total jackpot had been claimed for that wager since July 6. To win the entire jackpot, someone must pick winners of six consecutive Rainbow 6 races and hold the only ticket that does so — otherwise, much of the jackpot rolls over to the next day of racing.

It wasn’t immediately clear how many six-horse combinations that the winning bettor played.

The Rainbow races Friday were the fourth through the ninth at Gulfstream. Paco Lopez rode Resident Liberal, a 5-1 shot, to victory in the ninth race to complete the win that was worth $2,211,783.62 for the bettor. Lopez had two other winners in the Rainbow series, riding Sherpa in the fifth race and Verdict Is In in the seventh race.

William Hill will build a multiple story sportsbook inside Capital One Arena, home of the Washington Wizards, Capitals and Mystics.

“We would like to see at lunchtime people from the community coming in and watching soccer matches from around the world, Leonsis said, citing one example. He added, “I think it will help our arena come alive.”

For major events that are not staged at Capital One Arena, there is the opportunity to turn the arena bowl into a 20,000 seat TV viewing area.

“What’s this building going to be like on Super Bowl Sunday or during March Madness or other prime times on the sporting calendar?” Asher said. “This should be a destination for people to go and spend their time.”

Chicago-based Rush Street Interactive and Boston-based DraftKings both say they are set to launch the state’s first mobile sports wagering apps after receiving approval from the Indiana Gaming Commission. DraftKings is partnering with the Ameristar Casino in East Chicago and Rush Street with the French Lick Resort casino.

In-person sports betting began during September at 10 of Indiana’s 13 state-regulated casinos and all three off-track betting parlors in the state. All Indiana casino operators are planning mobile betting apps, but no others have yet announced launch dates.

Mobile wagering is expected to ultimately seize most of the state’s sports betting market. A report for the state gaming commission projected about two-thirds of sports bets will be done online within a few years, while more than 80% of sports wagering in New Jersey is being done over the internet or on smartphones.