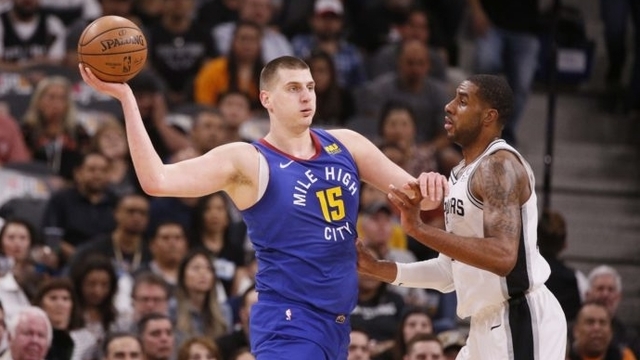 DD will legalize sports betting in Colorado and create a 10 percent tax on casinos’ house winnings that would largely benefit Colorado’s Water Plan. Colorado’s 33 casinos will be able to offer in-person and online wagering on professional, collegiate, motor and Olympic sports on May 1, 2020.

For the interested, the Colorado Rockies and the Philadelphia Phillies play that night.

Backers of Prop DD were counting on Coloradans’ previous willingness to approve “sin taxes.” Casinos and FanDuel spent more than $2 million on their unopposed campaign and are barely squeaking by.

Bad ballot language could be a culprit, but it may also be an indication that Colorado isn’t enamored with every vice. The state has a long history of taking a limited approach to gambling. Colorado casinos are sequestered in three mountain towns with low bet limits. And past casino expansion efforts aimed at Aurora have been rejected.

Professional sports bettor James Holzhauer returned to Jeopardy! this week in a Tournament of Champions.

Ever unflappable, Holzhauer held the lead throughout the game, ending the first round with the highest score on the podium: $5,000. Then, going into Final Jeopardy, Holzhauer racked up $37,412 to Boettcher’s $13,200 and Barcomb’s $7,800. Unlike a regular-season “Jeopardy!” game, which is just a single night, whichever contestant has the most money cumulatively at the end of Friday’s game will take home the $250,000 Tournament of Champions grand prize — and bragging rights.

Holzhauer and Boettcher both aced the final question, ending the first night of play with $49,326 and $26,400, respectively. Barcomb, meanwhile, still has $1,800 going into Friday night’s game.

The end result — the Titans winning 35-32 — was met with groans from the majority of bettors. Caesars Sportsbook estimated Tennessee’s comeback produced a mid-six-figure swing in favor of the house. Las Vegas sportsbook operator CG Technology, and New Jersey sportsbook PointsBet experienced similar swings in their favor.

“While it’s a bit difficult to exactly pinpoint the swing, as a great deal of our liability on that game was tied up in parlays, we can confidently say that it was close to a half a million dollars,” Patrick Eichner of sportsbook PointsBet told ESPN.