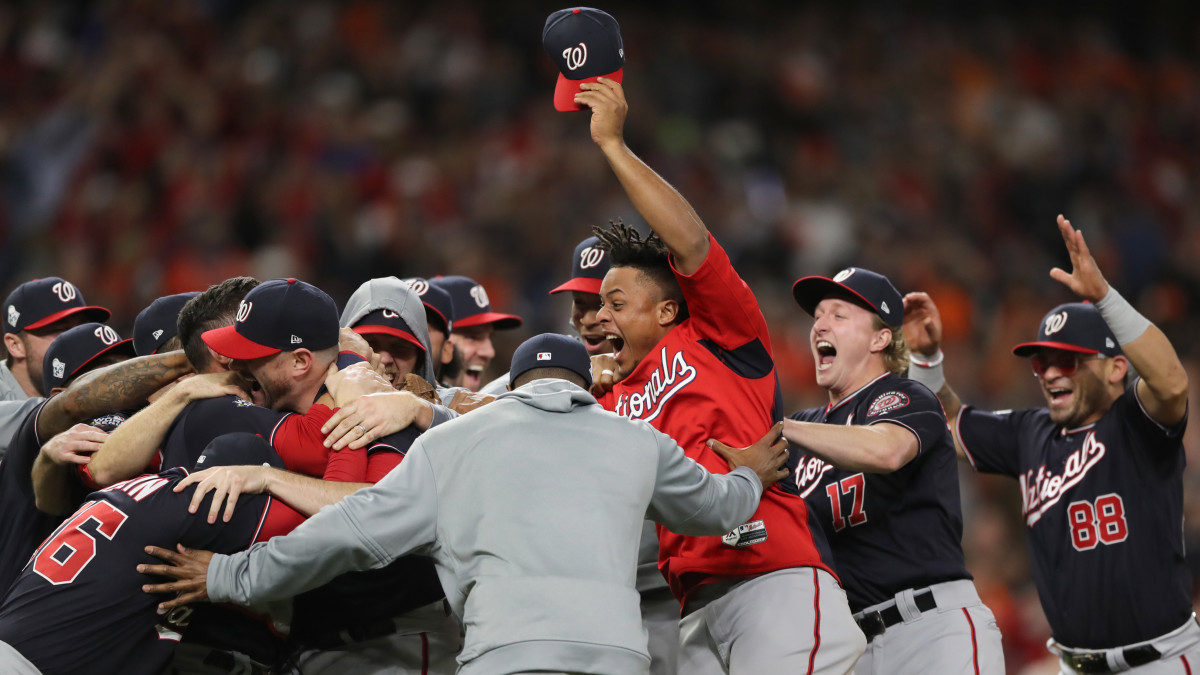 “Mattress Mack” lost millions of dollars in wagers he placed on the Houston Astros to win the World Series. The Astros lost 6-2 in Game 7 to the Washington Nationals.

The Houston mattress mogul spread multi-million dollar betting tickets on the hometown Astros to win the World Series to act as a hedge for a store-wide refund of up to $3,000 he offered to his customers if the Astros won the title.

The Washington Nationals took down the Astros 6-2 in Game 7 on Wednesday, and McIngvale watched his hedge melt into losses by the millions — he told USA TODAY Sports he estimates his losses between $12-14 million.

The Astros are favored to win the World Series in 2020.

Houston Astros fans who saw their team suffer the biggest World Series upset in 29 years have something to look forward to: The Astros, for now, are the favorites to win next year’s World Series.

At 4-1, the Astros are the favorites at Caesars Sportsbook to win the 2020 World Series, followed by the Los Angeles Dodgers and New York Yankees, who are each 5-1, and the Boston Red Sox and Atlanta Braves, who are each 10-1.

Houston fell to the Washington Nationals 6-2 in Game 7 of the World Series on Wednesday night. The Nationals were nearly 2-1 underdogs to the Astros in the series, making their victory the largest World Series upset since the Cincinnati Reds took down the Oakland Athletics as +260 underdogs in 1990.

The Nationals, who captured the franchise’s first World Series, hold the sixth-highest odds to win next year’s title at 14-1, along with the Cleveland Indians and Chicago Cubs.

The Michigan House of Representatives approved 10 bills that would legalize and regulate sports betting in the state.

An 8.75 percent tax would be collected on sports bets, and the city of Detroit could also collect an additional 3.25 percent tax under the plan.

For non-sports online gambling, the tax rate would be phased in over time – starting between 4 and 19 percent in the first three years, rise to a range of 6 to 21 percent in the fourth year and be between 8 and 23 percent after five years. Taxes would be calculated based on how much money a casino generates from online gambling.

House Ways and Means Committee Chair Brandt Iden, the lead sponsor on the package, said in a statement the bills would bring Michigan up to speed with what other states are doing, and provide additional consumer protections to people already participating in sports betting or online gambling.

“We are making great progress on this plan to move sports betting and gaming into a safer, regulated, and modern environment – but we are falling behind other states and we must move forward,” said Iden, R-Oshtemo Twp. “The longer we delay, the longer we put our citizens at risk, and the longer we miss out on economic benefits and needed revenue for schools and public services.”

A ballot measure will be presented to Colorado voters on whether or not to legalize sports betting.

“I’m hopeful the Colorado voter takes the time to do the research and they come to the conclusion they should pass this,” said House Majority Leader Garnett.

“I think if they take that time and realize that this tax is only on the people placing bets on sports and legalizes something that is currently being done illegally,” said Casino exec Farahi, “I think they’ll pass it.”

College basketball season tips off next week and Gonzaga has the highest regular season win total.

The Bulldogs’ win total for the regular season opened at 27.5. Memphis is next at 26.5, followed by Duke and Michigan State, each at 25.5.

Kentucky, North Carolina and Villanova opened at 24.5, followed by Kansas at 24. Defending national champion Virginia opened at 23.5, with Louisville, Ohio State and Texas Tech at 22.5.