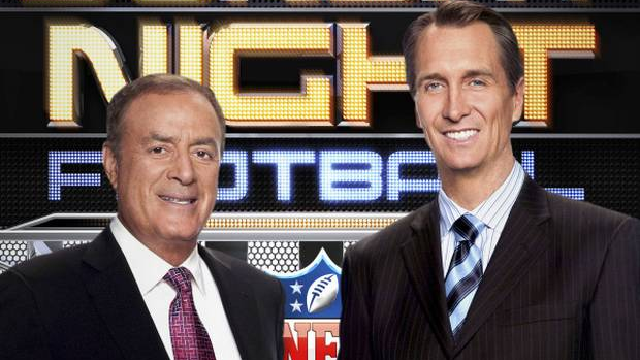 Early in the fourth quarter of Sunday night’s Bears-Steelers game, NBC Sports’s play-by-play man Al Michaels issued an on-air correction (wink wink) for an earlier slip-up, when he accidentally referred to the Dolphins’ 27-23 victory over the Falcons as “an upset.”

In fact, it was not an upset. Miami closed as 2.5-point favorites.

Al Michaels: I want to correct one thing. I did the promo for Atlanta-Miami. I said Atlanta was upset by Miami. They were not upset. I have a certain demographic that holds me to a very high standard, and I just want them to know that I misspoke. Atlanta was not upset today. And you know what I mean.

Oh, just a reminder: The NFL staunchly opposes sports betting and maintains that it threatens to disrupt the integrity of its games. A legal fight against New Jersey, which wants to legalize sports betting, wages on in courtrooms—and could soon end up in the Supreme Court.

Yet, nearly every week, NBC’s Michaels (and other NFL broadcast partners) quip about point spreads and over/unders while giving nods to “friendly degenerates” late in blowout games.

Next stop on the NFL hypocrisy tour? The Steelers-Vikings game, held at Wembley Stadium in London, England.

Where sports betting is legal.