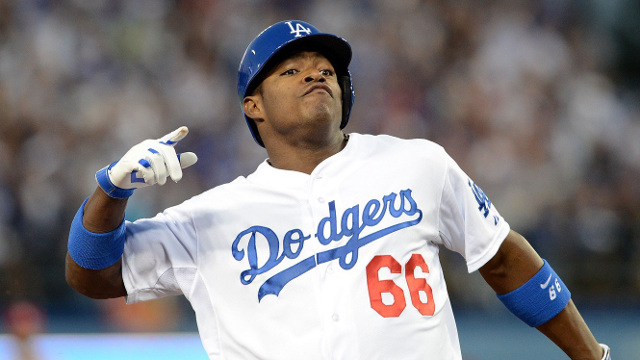 The Boston Red Sox might be the defending World Series champions, but they aren’t expected to finish the 2014 regular season with the most wins.

Early Thursday, the Atlantis sportsbook in Reno, Nev., released MLB season win totals, and Boston’s is listed at 87.5—five games behind the Los Angeles Dodgers, who opened with the highest total at 92.5. The Detroit Tigers opened at 91.5, while the St. Louis Cardinals and Washington Nationals are each at 90.5.

“The Dodgers were a very difficult team for me to pick a win total on,” said Steve Mikkelson, sportsbook director at Atlantis. “I think they might win 98 games this season. It’s a team that has so much depth, seven starters, deep bullpen and outfield. I don’t even like Don Mattingly as a manager, but I think the Dodgers are going to win despite him.”

The lowest total belongs to the Houston Astros at 57.5, two games shy of last year, when Atlantis opened them at 59.5. For the second straight year, Houston is the only team in the league with a win total of less than 60. The Twins and rebuilding Cubs are the next lowest at 65.5.

This season marked the eighth straight year that Atlantis was first to release MLB win totals.

“I will tell you, for the first time ever, we actually lost money last season on our win totals,” Mikkelson said. “We got middled on four or five teams. That hasn’t happened in the past.”

All of the win totals are listed below, courtesy of Atlantis.