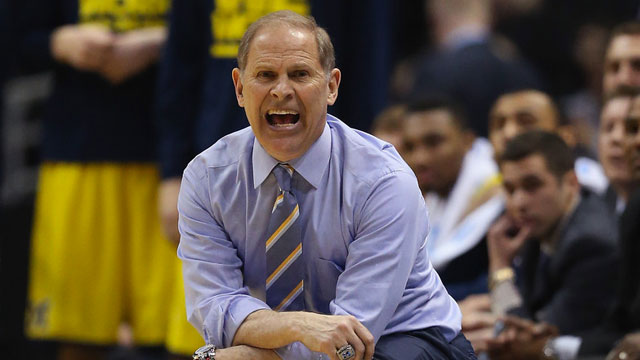 Eight bettors grabbed Dayton at 500/1 odds before the NCAA Tournament began at the LVH SuperBook.

Jeff Sherman, LVH assistant manager, said each of the bets were small and the book was not facing any liability on the Flyers, who reached the Sweet 16 with upsets of Ohio State and Syracuse.

Dayton will play Stanford (-2.5, -145) on Thursday, and at least a few bettors will begin thinking about hedging their way to guaranteed profit.

Allen Moody, a longtime sports betting writer for About.com, doesn’t think so—at least not yet. The chalk-heavy draw the Flyers are likely to face if they get past Stanford makes hedging difficult, he said, meaning it might be best to wait.

“I think the biggest mistake people could make would be to try and get too much of a profit in the Stanford game,” said Moody, who has covered the subject of hedging often. “If Dayton continues to win, it will catch up to you in the later rounds and you find yourself having to bet thousands to guarantee a tiny profit.”

With a win over Stanford, the Flyers would be significant underdogs against Florida or UCLA in the regional championship game. Going off multiple power ratings, Dayton would be around a 10-point underdog against the Gators and a 6.5-point dog versus the Bruins. That means you’d have to risk anywhere between $300 (UCLA) and $700 (Florida) on the money-line just to return a measly $100—and remember, you would have taken one loss on Stanford already.

For some, hedging bets is about risk aversion, and each person’s situation varies. In this case, it’s probably best to preserve the value on the original bet, which looks great now considering most books are offering anywhere between 50 and 100-to-1 on the Flyers.

“The problem with speculators that are holding huge tickets like a 500-1 Dayton is that they “over manage” their position too early,” said Greg Wolfe, president of SportsActionCharts, LLC, a site that provides sports betting analytics. “Sometimes there is really no hedge to be made, and the best course of action is to wait and do nothing.  To ‘fully hedge” this position, in theory, for the next four games would be a tremendous capital outlay since they will be such large dogs.  Stanford at -150 will be his cheapest hedge and it will only get worse from there considering ROI.  Dayton will never be favored so there is no way to ‘sell against your long’ game by game in the point-spread market either. If they make it to the Final Four, then you could be looking at some hedging opportunity, but until then, besides very limited/partial “unwinding” or “trimming” on a game by game basis, a ticket like that at this stage of the tourney really can turn into a money pit”

With easy wins against Wofford and Texas, Beilein improved to 19-5 all-time against the spread in the NCAA Tournament, including a 10-3 mark as coach of the Wolverines. Michigan, a No. 2 seed, is currently listed as a 2-point favorite over Tennessee at most books.

Arizona coach Sean Miller has enjoyed similar success. After failing to cover in a sluggish opening win over Weber State, the Wildcats responded in an emphatic blowout of Gonzaga to advance to the Sweet 16. With the win, Miller improved to 15-3-1 ATS in the tournament (7-2 at Arizona). The Wildcats are 6-point favorites over San Diego State, their next opponent.