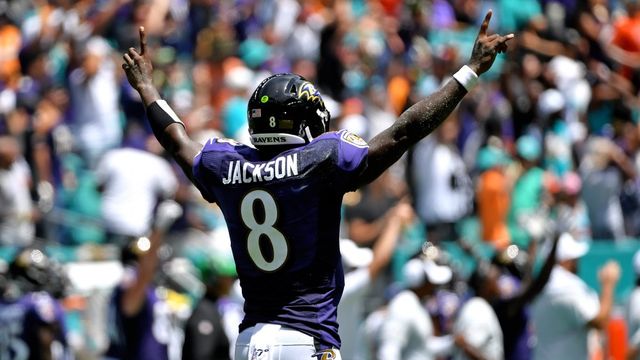 The NCAA is pushing for federal regulation for sports betting.

Sen. Chuck Schumer (D-New York) and Sen. Mitt Romney (R-Utah) are in the early stages of collaborating on federal sports betting legislation, sources told ESPN. The legislation is expected to be similar to the Sports Wagering Market Integrity Act that was introduced in December by Schumer and since-retired senator Orrin Hatch, but never gained momentum. There is no timeline for the introduction for Schumer and Romney’s bill.

The NCAA would prefer that a prohibition on betting on collegiate sports be included in federal legislation, but there are legal questions about any such carve-out.

“We are absolutely supportive of federal regulation,” NCAA vice president of hearing operations Naima Stevenson Starks, a point person on sports betting, told ESPN. “It’s fairly daunting to think that every state would have a different set of regulations. Having some minimum standards, we are very supportive of and have been an active proponent of.”

A bill to legalize sports betting has been resurrected in Michigan.

State Rep. Brandt Iden, R-Kalamazoo, told the House Regulatory Reform Committee Tuesday that he traveled to a casino 1 mile over the Michigan border into Indiana on Saturday with his weekend fun money. He was able to place sports bets on the U-M versus Army football game (he lost $50) and another against the Lions in their NFL match against the Arizona Cardinals (he won $100).

“Always betting against the Lions, that’s a sure bet,” he said.

Iden has been the driving force behind expanding legalized gambling in Michigan. He ushered through bills last session that would legalize betting on fantasy sports and online gambling through the state’s 23 tribal and three Detroit casinos.

Even though the bills had widespread support in the Legislature, they were vetoed by former Gov. Rick Snyder, who opposed expansion of gambling in the state and feared a loss of revenue for the state lottery, from which revenues are funneled to schools.

Iden is hoping for a different outcome with a new governor in office.

“My goal is to have this up and running by the Super Bowl. Casinos are moving forward because they know it’s going to come to fruition at some point,” he said. “If we don’t do this, we will continue to lose consumers to other states, just like you lost me to Indiana last weekend.”

A new report reveals that Justify failed a drug test before winning the 2018 Triple Crown.

Only a few people, however, knew the secret that Baffert carried with him into the winner’s circle that day: Justify had failed a drug test weeks before the first race in the Triple Crown, the Kentucky Derby. That meant Justify should not have run in the Derby, if the sport’s rules were followed.

They were not, according to documents reviewed by The New York Times. Instead of the failed drug test causing a speedy disqualification, the California Horse Racing Board took more than a month to confirm the results. Then, instead of filing a public complaint as it usually does, the board made a series of decisions behind closed doors as it moved to drop the case and lighten the penalty for any horse found to have the banned substance that Justify tested positive for in its system.

A Rhode Island strip club owner is looking to cash in on sports betting.

Owner Dick Shappy is preparing to open the Overtime Sports Bar, an area within the Charles Street gentlemen’s club that Shappy is pitching as a comfortable place to watch games and use the state’s sports betting mobile app, all while having a drink and enjoying the company of the Caddy’s entertainers.

The Overtime Sports Bar is slated to open within the Cadillac Lounge in about a week and a half or two weeks, after workers have installed new seating, big-screen televisions and other fixtures. It will open in what used to be the Eldorado Room, an area dedicated specifically to fully nude dancing, Shappy said.

The new sports-themed brand will operate under the Cadillac Lounge’s licenses, but in a separate area of the building from the nightclub, Shappy said. The Cadillac Lounge won’t take in any money directly from sports gambling, which would be illegal, Shappy noted, but he’s hoping customers will come in to watch the games they’re betting on, while paying for the club’s drinks, entertainment and atmosphere.

The Baltimore Ravens’ Lamar Jackson impressed in his season debut against the hapless Miami Dolphins. His MVP odds lowered from 50-to-1 to 18-to-1.

“In a market like MVP that doesn’t handle nearly as much money as the Super Bowl does, we have to be more aggressive with moves when we see something dramatic. While last week was likely an anomaly to some extent, the small flood of public money really adds up here. If we are too slow to react, we will end up with too much liability very quickly,” Caesars director of trading Jeff Davis told ESPN.

Could recent history repeat itself? Jackson won the Heisman Trophy in 2016 after opening as a 100-1 long shot. Additionally, Kansas City’s Patrick Mahomes opened with 100-1 odds last year before winning the MVP in his second season.

Asked about the MVP buzz, Jackson said, “I don’t really listen to stuff like that. Just a week prior to that, they were just saying ‘running back.’ I’m just going to play ball and come out with victories.”