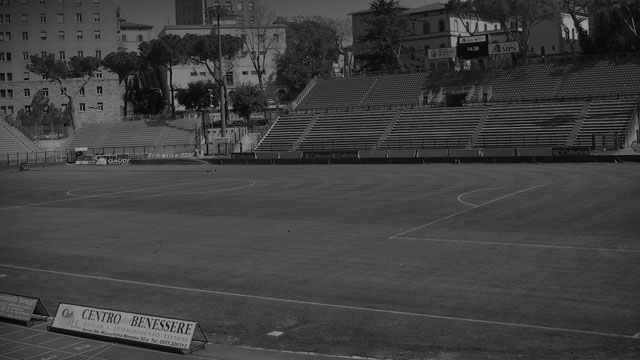 It was May 13, 2011. Jay Jarrahi, an experienced UK sportstrader, was monitoring a Serie B match between Ascoli and Siena in Italy. Something was up.

Ascoli was facing relegation and needed a point desperately, but quickly fell behind 2-0. Despite the early deficit, money continued to pour in on Ascoli in live wagering to win the match.

“As we went into the second half, the market was completely out of whack,” recalls Jarrahi, who was working for Ladbrokes at the time and has traded more than 3,000 football and tennis matches during his career. “So much money was being bet on the home team in Asia and on (sports betting exchange) BetFair that the home team was a far shorter price to win than they deserved to be. With about 15-20 minutes to go, the market was becoming so absurd that I took the match down, suspended it and stopped trading it.”

Ascoli cut the lead in half, but still trailed 2-1 late in the game. Yet, for some strange reason, Ascoli was still listed as the favorite at other shops.

“That’s completely unheard of,” Jarrahi said. “It would never happen ordinarily. A team that is losing with five minutes to go in a football match is clearly anything but favorites to win it.”

Oddly, Ascoli tied the game in the 90th minute and eventually won after being awarded a free kick in injury time. The kick hit the crossbar, but only Ascoli players were around to collect the rebound and put home the winning goal.

Siena was later charged with match-fixing. No one in Jarrahi’s office was surprised.

The UK sports betting community had a similar reaction to last week’s news of match-fixing arrests involving a former Premier League player. Those in the profession mostly nodded their heads in a disappointed but knowing fashion, according to Jarrahi.

Match fixing is the gambling industry’s ugliest wart. Because mainstream media often don’t understand the cause, the professionals, honorable sports traders and the sportsbooks themselves end up taking the image hit, when, in reality, they are the best weapons against identifying corruption.

Jarrahi teamed up with BettingTalk.com this week in a Q&A about the ongoing match-fixing epidemic in international soccer. He also provides a first-person account of what it’s like to be a trader at a big UK sports book.

Q: It was pretty common knowledge among bookmakers that match-fixing was occurring during UK football matches, correct?

Jarrahi: Anyone who believed that UK matches were immune to fixes from time to time are just being naive. Where there’s the potential for big money (relative to the player in question) there will always be the potential for corruption. You see this in many industries and sports is no different in that regard. There are thousands of football matches played around the world on a weekly basis and you can bet on many of them. The likelihood that something is going on in a few of them is pretty high. We know this purely from the many examples we have seen come to light over the years.

There wouldn’t be many, if any, football traders at sports books who would tell you that they believed there was no match fixing or spot fixing going on in football in the UK. The lower down the leagues you go, the greater the chances of that happening, given that players in the lower leagues and non-league don’t make anywhere close to the riches that the average Premier League footballer makes.

The average wage of a Premier League player is around £30,000 a week.

Wages for players in the lower leagues and non-leagues are a fraction of that. In League Two (the fourth tier of English football) the average wage is around £750 a week and in the non-leagues lower than that. Even players in the Championship, just one division below the Premier League, are earning far less than their Premier League counterparts at around an average of £5,000 a week.

Q: What has the reaction been from the media?

Jarrahi: The media reaction is obviously as sensationalist as it can be and there is a lot that is very new to some members of the media who don’t follow the betting industry or understand how much it has grown and evolved over the past 20 years. For some media sections, they weren’t even aware you could bet on any football match in the world, either before the game starts or while the match is in-play. Or that you could bet on specific events in a match beyond the winner of the match itself, for example like the time of the next goal in a match.

Go to any major sports book website in the UK and you will see a never-ending stream of live events available to bet on across many sports on a daily basis. And this has been the norm for over 10 years now.

Q: What can be done in the UK bookmaking community to help fight match-fixing?

Jarrahi: Other than for companies to have good monitoring teams and systems who would then report any suspicious findings to the relevant authorities, there is not much more that can be done. Unless it was decided not to allow the many different markets to bet on during a match apart from the core ones. However, as long as that is being done somewhere in the world, whether it be the Asian markets or elsewhere, then you’re never going to be able to put a full clamp on it.

Sportradar is a company that tracks betting on football matches to highlight any suspicious activity they find. In 2010, they estimated 300 matches a season are fixed in European football with the majority of that occurring in Eastern Europe.

There are steps taken in some cases when people from certain countries set up betting accounts with UK bookmakers, for example an initial restriction on their account, which would then only be lifted after monitoring the account to deem whether it was clean or not. These restrictions exist with some Eastern European countries as well as Asian ones.

Q: How common was it to have professional athletes betting at your shop? Were you required to track their accounts any differently, for example, to make sure they weren’t betting on their own league?

Jarrahi: Footballers – the top level ones – have a lot of money and a lot of free time and so the fact that some of them like a bet has the makings of a perfect storm. There was never any specific monitoring of an account just because it may have come to light it was that of a professional athlete. But, at the same time, if they were found to be betting on matches they weren’t legally allowed to then the company would report that to the relevant authorities. And it would be the job of a trader to report that information to the trading desk if he noticed something during the trading of a particular match.

It’s not just a footballer’s own matches he can’t bet on, but he can’t bet on any matches in the league or competitions that his team may be playing in.

First-person: What’s it’s like to trade a match at a big UK sports book

This is what the setup is like for a trader. You’re provided a four-screen setup, stacked two-by-two. Trading only one match at a time is very uncommon these days, but for this example, let’s say the trader is trading one football match.

On the bottom left screen, I will have the admin screen, which is what I need to log into to have direct access to my match ID and to be able to confirm if prices are being updated as they should as the match progresses. Also on the bottom left, I’d have a monitor application that allowed me to see every bet of £10 or more that is placed on my match as it happens. The information also tells me the customer username, the time the bet was placed, the amount it was placed for, the market that was bet on, the selection and the price or line that was taken.

The monitor is very important. It alerts the trader to either big money being placed on the game or to possibly identify arbers who are betting on your game, because you may have lost concentration and allowed your prices to be out of line with the rest of the industry.

The top left screen I would have my book’s website, where my match is available to customers. I need to check that the prices are being updated on the website as they should be – there are many instances where technical failures mean this has sometimes not happened, either with the trading application or the website simply not working as it should.

I would also have on the top left screen other books and Betfair; we are all monitoring each other’s pricing to see where we are pricing in line with the rest of the industry. Sometimes you’ll see a book making a huge mistake, for one reason or another.

On the top right screen, I would have my football trading application. This is where I go to input the data before the match to create the prices for the match. I then send that information from that application which is sent to the admin screen, which in turn sends to the website. I will constantly monitor and adjust my pricing as the match goes on as I see fit.

On the bottom right screen I will have a scout client application, this is a feed bookmakers use with Betradar or Runningball, where a scout is at the match sending messages, like “corner to team x”, or “attacking free kick to team y” or “goal team x”, every match, whether you have live TV pictures/streams or not is traded through the scout client, as the client will usually be anywhere from 5-30 seconds ahead of pictures.

If live pictures are available, I’ll also have that open on the same screen, so I can gauge the match myself, but bear in mind most football matches traded these days are done so without any pictures. So you’re trading purely off messages from the scout client.

Hope that gives you an understanding of what it’s like to be a trader at a UK sportsbook.