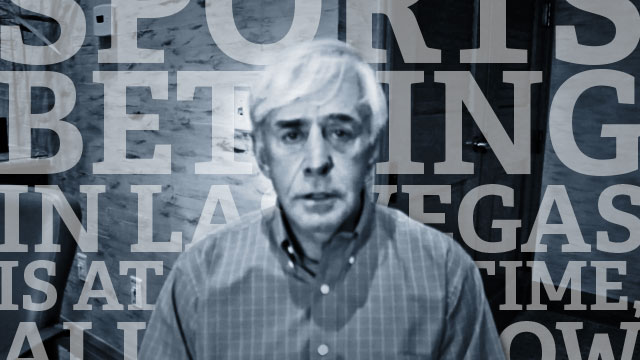 Billy Walters, America’s biggest and most well-known sports bettor, is frustrated and fired up.

Football season is here, and he’s absolutely disgusted with the state of sports betting in Nevada.

“Sports betting in Las Vegas is at an all-time, all-time low,” said Walters, a wealthy Las Vegas businessman considered by many to be the most successful sports bettor ever. “It’s a joke. A sad joke.”

A Kentucky native, Walters first arrived in Las Vegas in the early 1980s. He estimates there were 40 sportsbooks competing for business back then. Some books offered better odds than their competitors. Others had superior customer service, shorter lines and friendlier staffs. In short, bettors had options.

That’s changed, he said, as Vegas has consolidated.

Approximately 10 companies run all the sportsbooks in Las Vegas. Only a handful offer Internet wagering. And even fewer will take a big enough bet to make it worth Walters’ while, he says.

“Today in Las Vegas, I can bet about 20 percent of what I used to be able to bet,” Walters explained in a Wednesday phone interview. “College football totals are a good example. You can bet more money on them with one sportsbook outside of Nevada than you can at all of the sportsbooks in Nevada combined.

Walters says you can really see the lack of competition in the Vegas futures markets, like the odds to win the Super Bowl.

The lack of mobile and Internet wagering at most shops is a bigger issue, says Walters. Long lines and poor customer service, including grumpy ticket writers, add to his frustration with the entire process of placing a bet.

“If you want to bet in Las Vegas, you have to go stand in a line; you have to put up cash or have chips, and the only way you can get chips is with cash, and you have to give an ID and fill out CTRs, which most people don’t have a problem with that,” Walters said. “Or you can sit in the comfortof your home, you can bet over the telephone or over the Internet. In many cases, lay -105 instead of 11-to-10 and you can do it 24/7 in the comfort of your home. If you’re in L.A., why would you get on an airplane and come to Las Vegas to bet sports on the weekend?”

The obvious reason, as Walters concedes himself, is the guarantee of getting paid.

“Clearly, there’s a lot of guys offshore who won’t pay you. There’s that consideration,” Walters said. “You have to know who you’re dealing with. That’s something you have to factor into the equation. The majority of the major guys offshore, I don’t know of anyone they ever stiffed.”

Another positive about betting sports professionally in Las Vegas, according to Walters? The presence of Cantor Gaming, his preferred Nevada sportsbook.

We’ll have more on this tomorrow.