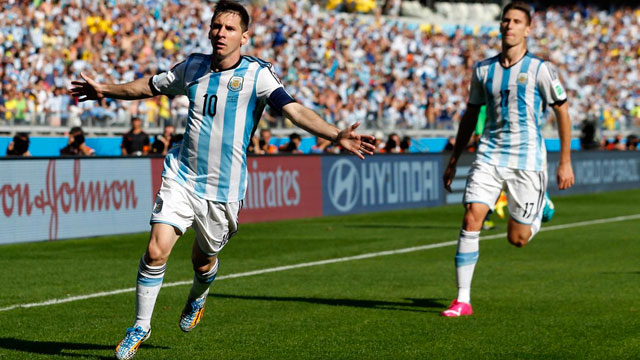 A bettor at the William Hill sportsbook at Tuscany Suites and Casino in Las Vegas is $30,000 richer this weekend.

Argentina was a massive favorite, like a 30-point favorite in American football terms. Yet, Iran managed to grind the match into a scoreless tie heading into injury time. A draw would be a loss for the bettor, and as stoppage play began still tied, 0-0, the bettor was minutes away from losing $350,000. But Argentina star Lionel Messi came through with the winning goal minutes into stoppage-time, helping Argentina advance.

“Exciting match because of the wager,” William Hill sportsbook director Nick Bogdanovich said in a text message. “The player got away with one to say the least.”

William Hill spokesman Michael Grodsky said the bettor didn’t watch the match at the book, but did return to cash his ticket shortly after the game ended.

Two of the biggest Vegas wagers to be publicized this year were placed at a William Hill sports book,and both ended up costing the book significantly. During the NCAA basketball tournament in March, a bettor parlayed $90,000 into $479,000 with a series of money-line bets on eventual champion Connecticut.