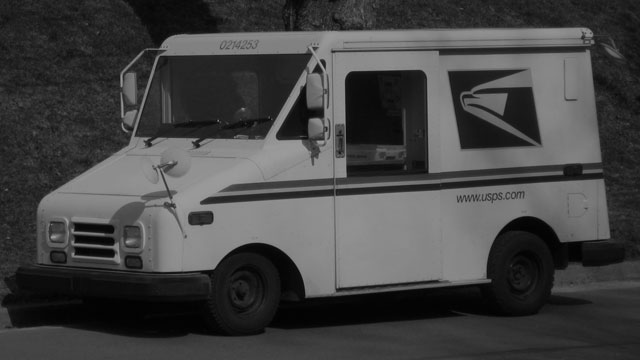 A U.S. Postal Service employee was arrested by a Nevada Gaming Control agent on March 31 and accused of stealing winning sports tickets that were mailed in by out-of-state bettors.

Postal worker Shawn Cushman, 35, was charged with three counts of theft and two counts of fraud for allegedly stealing 12 sports book tickets worth $9,400 and “redeeming and attempting to redeem them,” according to NGC Chief of Enforcement Karl Bennison.

The USPS Office of Inspector General confirmed the arrest Thursday and said that it conducted a joint investigation with the NGC, including interviewing Cushman in April.

The USPS OIG released the following statement Thursday: “The USPS OIG considers the allegation of theft of any U.S. Mail by any Postal Service employee to be a very serious issue. When such allegations are made, the USPS OIG vigorously investigates those allegations, as we did in this instance.”

Joe Fortuna, a sports bettor from New Jersey, was one of the alleged victims. Fortuna traveled to Las Vegas last June to bet the early college football point spreads offered by the Golden Nugget sports book. He bet around 20 games at the Nugget and placed several more futures bets around town before returning home.

In past years, Fortuna had flown back to Vegas to cash in winning tickets. But this year, he elected to use the mail, sending in tickets in batches. After Wisconsin covered against Ohio State on Sept. 28, Fortuna was up approximately $6,000. He followed the mailing instructions on the back of the tickets, addressed the envelope to the Golden Nugget Accounting Department and put them in the mail in October.

Four months later, he received two phone calls. The first came from a representative of the postal service, informing him that his tickets had been stolen and cashed. The second call came from the NGC, updating him on where the investigation was at and informing him of his options.

“The NGC has been very apologetic and assured me that I would receive my money back,” said Fortuna, who added that this was the first time he’s ever had an issue mailing in winning tickets.

According to Bennison, the NGC does not receive many complaints regarding stolen tickets. He advised anyone who has issues with mailed-in tickets to first contact the U.S. Postal Service and then NGC. Anyone with additional information related to the incident should contact the USPS OIG at 1-888-USPS-OIG.

In the fiscal year 2013, 339 postal employees and contractors were arrested for theft, delay or destruction of mail, according to the USPS, which claims a workforce of more than 522,000 employees.

While Bennison said the NGC doesn’t receive many complaints regarding stolen tickets, this isn’t the first time Nevada sports book veterans have heard about mailed-in tickets being targeted. Legendary Las Vegas oddsmaker Roxy Roxborough says he remembers it happening during his days that included a long stint at the Stardust sports book.

@DavidPurdum Going on since the early 1970’s. Postmen with the Strip route used to steal tix headed for the old Churchill Downs Race Book.

Chris Andrews, a 30-year veteran Nevada oddsmaker, most recently with Cal-Neva, remembers it happening in Reno.

got nailed years ago. Cal Neva had provided envelopes that were easily recognizable.