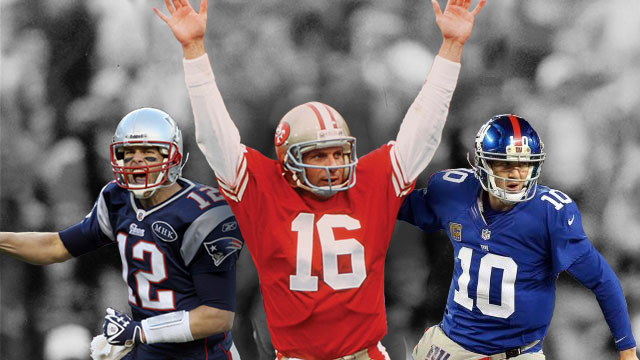 On a muddy Friday night in 1974, Montana, the quarterback for the Ringgold Rams, helped his team to a 14-0 lead over Churchill High, Andrews’ school.

“I didn’t play. I was in the stands booking the game,” said Andrews with a chuckle. “I think I had them as 3-point favorites. We scored twice on fluke plays and ended up winning.”

Sixteen years later, Montana unleashed a $250,000 measure of revenge on Andrews, who went on to a long career as a Nevada bookmaker, mostly with Cal Neva sportsbooks in Reno. Because of the proximity to California, the Reno books were always flooded with money on Montana’s San Francisco 49ers during their dynasty run of the 1980s and 90s.

Super Bowl XXIV between the 49ers and Denver Broncos was no different. San Francisco was a 12-point favorite, with the total set at 48. Andrews remembers doing everything he could to balance the action, including bumping up the line several points. But by the time Montana and the Niners finished off a 55-10 drubbing of the Broncos, Andrews knew he was in trouble.

“I remember looking at the entire left side of the parlay card, and it all hit,” he said. “We lost a quarter of a million dollars on that Super Bowl.”

Andrews was far from the only bookie to get smashed by the 49ers during Montana’s Hall-of-Fame career. In fact, no quarterback in the last 30 years with at least 100 starts has had a higher winning percentage against the point spread than Montana.

In the billion-dollar betting market’s eyes, there is no doubt – Montana is the greatest quarterback of the modern era.

He covered the spread in 61.4 percent of his 187 starts. During his career in San Francisco, a $110 bet on the 49ers in each game with Montana under center netted bettors $15,800 in profit. (San Francisco was 22-10 against the spread as an underdog during that stretch.)

New England’s Tom Brady is a close second to Montana among the quarterbacks with at least 100 starts. Brady has covered the spread in 59.6 percent of his starts entering 2013, and his 10-13-1 ATS mark in the playoffs also pales in comparison to Montana, who went 13-10.

This year marks the 30th anniversary of what many consider to be the best quarterback class in NFL Draft history. Below is a look at how the notable QB’s have fared ATS since 1983.

Statistical information and line archives from Spreadapedia were used in this article.

One thought on “Joe Covers: Using betting lines as a measuring stick, Montana ranks as best NFL QB of all-time”