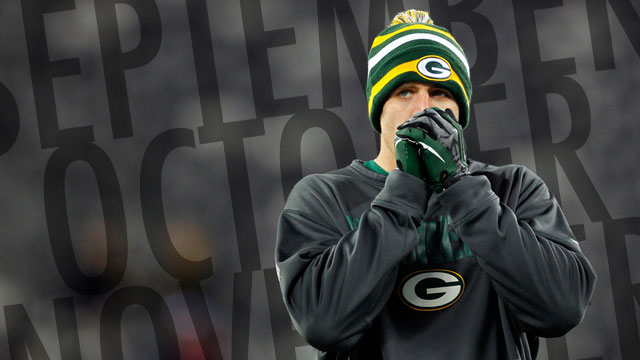 Football is approaching. Gambling juices are flowing, and sportsbooks are salivating.

September is historically their most lucrative month.

The state’s sportsbooks have won $185.2 million on football in September since 2004, the first year the Nevada Gaming Commission began tracking monthly revenues. That’s roughly three times as much as November winnings ($63.1 million) and nearly twice as much as October ($98.2 million).

These results fly in the face of common logic. The betting market is believed to be more inefficient at the beginning of the season, when teams and strategies and roster cohesion are relative unknowns, than toward the end, when bookmakers have better information and can set more accurate lines.

So, why are sportsbooks cleaning up early but not late?

“November’s probably that month in football where things all come together. What’s supposed to win wins,” said Johnny Avello, a 20-year Las Vegas veteran who is currently the executive director at the Wynn race and sportsbook. “That doesn’t mean that the line is wrong. It just means that at one point in every season in every sport the players (bettors) are going to get on a roll. And I think in football that roll occurs in November a lot.”

Nevada sportsbooks turned a record-setting $43.5 million profit last September—a hold of 13.9 percent—and have won an average of 11.27 percent of all money bet on college and pro football in September since 2004.

Compare that with the next highest percentage, the 6.15 percent won annually in December.

November has been a different story altogether. The books have suffered a net loss on football in two of the last three Novembers, including a $5.2 million hit last year, when NFL favorites went 34-23-2 against the spread. Since 2004, books have won just 2.86 percent of money wagered on football in November.

“The conventional wisdom is that the markets are having a difficult time accurately quantifying the team’s value at the beginning of the season,” said Greg Wolfe, president of Sports Action Charts, which showcases analytic trading software for sports gaming markets. “It becomes less ambiguous as you move along. You know who are your starters and who is how good. It all boils down to expectation of performance versus actual performance. Good/bad teams and high/low totals are irrelevant.  All that matters in this market is cheap or expensive at that particular time relatively speaking. ”

Chris Andrews, a former Nevada bookmaker, found during his career that the most respected bettors seemed to improve throughout the season and were far more likely to get an accurate gauge of how good teams were or weren’t in the later months.

Another professional bettor, who wished to remain anonymous, offered an alternative theory.

“Could some of the disparity between September and November reflect less sophisticated bettors who run out of bullets in September (and) are not incorporated into the figures later in the season?” he asked.

Nobody knows for sure.

But rest assured, few will feel badly for the books if the trend continues in 2013.

–Statistical information courtesy of Spreadapedia was used in this article.

One thought on “Nevada sportsbooks have cleaned up early in football, but not late—and reasons ‘why’ vary”